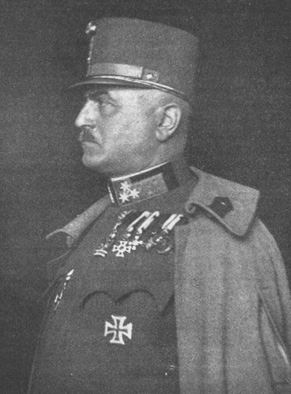 Paul Puhallo was born on the 21st of February 1856 at Brlog in Croatia. (Unlike to his father Michael Puhalo von Brlog he was always spelt his name with two "l" on official papers.) Coming from the area of the old military border he was destined for a military career from the day he was born. After attending the military educational establishments at Ungarisch-Weißkirchen, Kamenitz and Güns he entered the Militärtechnische Schule at Mährisch-Weißkirchen in 1870. After successfully graduating from the technical military academy in Vienna he was promoted to Leutnant in field artillery regiment number 11 on the 1st of September 1877. Between 1880 and 1882 he attended the senior artillery course at Vienna - the technical equivalent of the Kriegsschule - with "excellent success". On the 1st of November 1882 he received accelerated promotion to Oberleutnant and was attached to the general staff corps where he was employed in various staff appointments . On the 1st of November 1886 he was promoted to Hauptmann 1st class whilst he was employed as an instructor in tactics and army administration at the technical military academy. In 1887 he married Anna Hörzinger with whom he had a daughter. In April of the same year his younger brother Isaak, who was an Oberleutnant of the artillery, was invalided out of the service following a serious accident on duty. On the 18th of September 1892 Paul Puhallo was appointed as chief of the general staff of the 3rd infantry division at Linz where he received his promotion to Major on the 1st of May 1893. On the 1st of November 1895 he was promoted to Oberstleutnant in the general staffs corps. For his outstanding performance he was honored with the award of the Military Merit Cross on the 16th of April 1896 immediately followed by his transfer to infantry regiment number 55 at Tarnopol for troop duty. During all those years he received excellent evaluations, especially his great talent as an instructor was repeatedly pointed out by all his commanding officers. As a result of this he was transferred to the Kriegsschule at Vienna as an instructor on the 11th of September 1898 shortly followed by his promotion to Oberst on the 1st of November 1898. 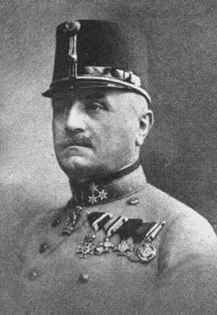 When the war started in August 1914 Puhallo's 5th corps, which was a part of Dankl's 1st army, was transported to Galicia and Russian Poland where he achieved  success on the first day of battle. During the following month Puhallo nearly reached Lublin before the Austro-Hungarians were compelled to withdraw behind the river San. In the autumn 1914 he fought near Iwangorod but had to withdraw again because of the much superior Russian forces. On the 5th of October 1914 he received the grand cross of the Order of the Iron Crown with war decoration and following the introduction of the swords  in 1917 he received those retroactively to this award and the Prussian Iron Cross 2nd class. After the heavy battles at the mouth of the river Nida around Christmas the corps was transferred to the Carpathians. Now part of the 3rd army the corps participated in the very bloody battles that followed to liberate the fortress of Przemysl. After the failure of this offensive Feldzeugmeister Puhallo fell ill with dysentery which forced him to leave his command for some weeks. Back in command, his 5th corps was able to reach Sambor in May 1915 and after some critical situations around Easter 1915 Puhallo was appointed commander of the 3rd army on the 22nd of May 1915. With this 3rd army and together with the German 11th army it was possible to liberate the fortress of Przemysl. Feldzeugmeister Puhallo received the Prussian Iron Cross 1st class and the 1st class of the merit decoration of the Society of the Red Cross in June 1915. During the reorganization for the planned offensive the 3rd army was disbanded and Puhallo took over command of the 1st army in succession to General Dankl. With this army he captured the bridgeheads at Sandomierz and that at Tarlo-Josefow. The 1st army was then transferred to the Bug, reinforced by Korps Szurmay and put under the command of the German Generaloberst von Mackensen. After the liberation of Lemberg and the heavy fighting in the area of Sokal, Puhallo's army advanced past Kowel to Luck but after the capture of Dubno the frontline froze. Whatever Puhallo, meanwhile promoted to Generaloberst on the 1st of May 1916 with seniority from the 13th of May, attempted it was not possible to advance further and with the opening of the Brussilow offensive in the summer of 1916 he had to join the general withdrawal.

The arrival of new German divisions lead to a reorganization of the troops on the Russian theatre and finally to the disbanding of the 1st army. Generaloberst Puhallo was sent on  leave on the 25th of July 1916. Waiting for a new command he wrote to Generaloberst Bolfras of the of the Kaiser's military chancery in November 1916 asking for a new engagement in the field. Generaloberst Bolfras asked the army headquarters about this case and received a disastrous answer: "The former 1st army was in the course of events dissolved on grounds of expediency and by and by divided amongst neighboring armies, the headquarters thereby becoming superfluous and was disbanded. In no small part had the passive leadership and lack of initiative on the part of Generaloberst von Pulhallo contributed to this... so that the supreme command can no longer summon up the absolutely necessary confidence in the leadership of an army by Generaloberst von Pulhallo in order to be able to put the application for reemployment as an army commander of this general with full reassurance to his Majesty....It shall be communicated to Generaloberst von Pulhallo that the supreme command will no longer consider his reemployment as an army commander." On the 7th of April 1917 Generaloberst Puhallo von Brlog was honored with the award of the grand cross of the Order of Leopold with war decoration and swords followed by his elevation within the Hungarian nobility to the rank of Baron on the 27th of April 1917.

Finally Generaloberst Paul Baron Puhallo von Brlog was retired on the 1st of May 1917. After the war he became a citizen of the newly created state of Serbia-Croatia-Slovenia but as a loyal Austro-Hungarian general he only received a very small pension which forced him into poor circumstances. He traveled back to Vienna and lived there from donations from former comrades until his death on the 12th of December 1926. The dead body of Generaloberst Paul Baron Puhallo von Brlog was transported to Linz where some fellow officers organized a dignified funeral for him at their own expense.