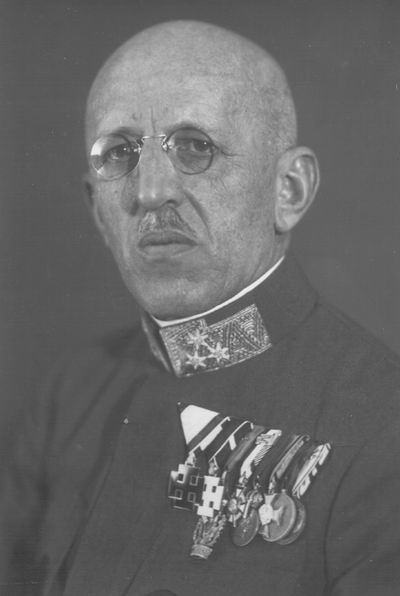 Richard Verderber was born on the 23rd of January 1884 at Kocevje (Gottschee). After successfully graduating from the local Untergymnasium he attended the infantry cadet school at  Marburg but soon transferred to the similar institute at Lemberg from which he was assigned as a Kadett-Offiziersstellvertreter (rank number 109 of the 1st September 1902) to infantry regiment number 10 at Jaroslau on the 18th of August 1902. In this regiment he received his commission as a Leutnant (rank number 119) on the 1st of November 1903. From his early years Richard Verderber was extremely sporty and fit and especially fond of fencing. When the Austrian fencing academy (AdFÖ) was founded in 1904 he became a member of the amateur section of the national fencing association. (The other nation wide fencing association, the Österreichische Fecht Bund founded 1905, amalgamated with the AdFÖ in 1911 to form one large organisation.) His outstanding talent with the foil (Florett) as well as with the sabre (Säbel) was soon recognised and on the 21st of September 1907 he was assigned as an instructor to the Militär-Fecht- und Turnlehrerkurs (Military Fencing and Gymnastic Instructor's Course) at Wiener Neustadt. This institute, established in the buildings of the military academy, gave optimal training opportunities both to to him and to his students. His first major international success was the winning of the international Army championship "Grand Prix de Oostende" in 1908. On the 1st of November 1909 Richard Verderber was promoted to Oberleutnant with seniority number 242. During the years 1908 to 1912 and 1914 he won the Austro-Hungarian Army championships in both weapons (foil and sabre). In May 1911 Richard Verderber won the great international foil competition at Vienna. In 1912 he became the national champion (Staatsmeister) in sabre and foil fencing. During the Olympic Games at Stockholm of the same years he won the Bronze Medal in foil fencing and the Silver Medal of the team competition with the sabre - incidentally the Gold Medal in that Olympic team competition was won by the Hungarian sabre team as well as all 3 medals for the sabre single competition. In 1914 he again won the national mastership in foil and sabre fencing. Without doubt, Oberleutnant Richard Verderber was the most talented and successful Austrian fencer before the war. It was the tragedy of his generation that the outbreak of the war interrupted the peak of his career - for in the next Olympic Games in which Austria took part (1924), he did not qualify.

On the 16th of June 1919 he married Pauline Weil, a born Jewish girl who had converted to Catholicism shortly before, but they remained childless. After the war Hauptmann Richard Verderber was accepted by the new Bundesheer and received his promotion to Major on the 1st of January 1920. He remained the dominating personality in the sport of fencing in Austria. In 1920 be became Fechtmeister of his club, the Union Fecht Club (UFC) holding this post until a few months before his death. At the national association, the AdFÖ, he became chairman of the Amateur section until the AdFÖ was disbanded and the new Österreichischer Fecht Verband (ÖFV) was founded in October 1929. Richard Verderber was, of course, also engaged in the fencing section of the army sporting association (Heeressportverband) which was founded in August 1930. On the 1st of January 1925 Major Verderber assumed command of the "Kurs für Körper- und Nahkampfausbildung" (physical and close combat instruction), which was de-facto the new name for the former Militär-Fecht- und Turnlehrerkurs at the military academy of Wiener Neustadt, with the additional promotion to honorary Oberstleutnant (mit Titel und Charakter) which became substantive in January 1929. For his distinguished performance as an instructor and commander of that course he was honored with the Silbernes Ehrenzeichen (1931) and the Goldenes Ehrenzeichen (1933) der Republik Österreich. On the 15th of March 1934 he was promoted to Oberst (employment group 3) and on the 10th of October 1934 he received the newly issued long service cross for officers for 25 years of service (Militär-Dienstzeichen für Offiziere 2.Klasse) shortly followed by his retirement at the end of November 1934. On the occasion of his retirement Oberst Richard Verderber was honored with the award of the officer's cross of the Austrian Merit Order. 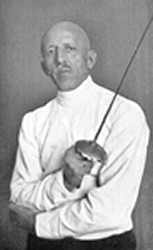 His retirement from military service did not bring about a great change to Oberst Verderber's life as he continued to dedicate it to fencing. As fencing master of the UFC he was permanently engaged as an instructor and in addition major clubs from Budapest or Copenhagen often invited him for months at a time to instruct their members. However he had a new target; the Olympic Games in Berlin in 1936. While the female foil fencing was well represented with the famous Ellen Preis, after her wedding Ellen Preis-Müller who won the Gold Medal in 1932 at Los Angeles and later the Bronze Medal in 1936 at Berlin and again the Bronze Medal in London in 1948, the male fencing team in both weapons were a little "silent" at this time. Richard Verderber now started coaching the Austrian male fencing team for the Olympic Games in Berlin in 1936. All members of this team were his former students and especially Major Karl Sudrich (KIA in 1943 as an Oberst and regimental commander) and Oberstleutnant Karl Kaschka, both with the foil, appeared to be the most promising talents to win medals for the Austrian fencing society. But again  luck was not with the team and at the end they were placed fourth!

After Austria was occupied by Nazi Germany in March 1938 Oberst Verderber had many worries beside the placing at fencing competitions - the Jewish roots of his wife! As a well known international fencer it was not easy for the authorities to have him and his wife "vanish" but the Nazi authorities did everything to cause the couple difficulties. His strong will and the help of some friend made it possible to protect his wife and enabled them both to survive those dark years. In 1946 he was mainly involved in the new foundation of the Austrian fencing association. On the 8th of September 1955 Oberst Richard Verderber died at his home in Vienna.