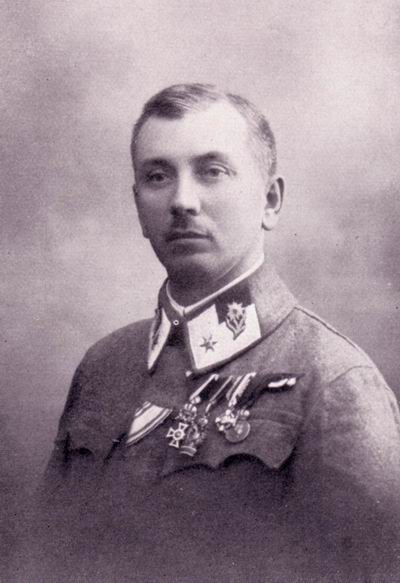 Konstantin Valentini was born on the 7th of January 1876 at Olmütz. After leaving high school he entered the Landwehr Cadet School in Vienna from which he graduated as a Kadett-Titular-Feldwebel (Seniority 46) with assignment to Landwehr Infantry Regiment Przemyśl Number 18 on the 18th of August 1896. Promoted to Kadett-Offiziersstellvertreter on the 1st of April 1897 he was commissioned as a Leutnant (12) in the same regiment on the 1st of May 1898. Advancing to the rank of Oberleutnant (17) on the 1st of May 1901 he was transferred to Landesschützen-Regiment I Trient on the 1st of February 1908 and finally to the newly rebuilt Landesschützen-Regiment III Innichen on the 1st of March 1909. On the 12th of October 1910 he was awarded the Bronze Military Merit Medal (Signum Laudis) on the red ribbon followed by his promotion to Hauptmann (28) on the 1st of November the same year.

At the outbreak of war in 1914, Hauptmann Valentini as the company commander of the 7th Company of Landesschützen-Regiment III initially saw service on the Galician front. His regiment was part of Generalmajor Karl Georgi's 88. Landesschützen-Brigade and saw action during the battle of Lemberg in August, Grodek in September,  Przemyśl in October and November and at Limanowa-Lapanów in December 1914. Following more fighting in eastern Galicia and the Bukovina in early 1915 the regiment was transferred to the south western front following Italy's entry into the war in May 1915. In the meantime Hauptmann Valentini had been awarded both the Military Merit Cross 3rd Class with War Decoration (12 November 1914) and the Order of the Iron Crown 3rd Class with War Decoration (12 April 1915) for gallantry.

Appointed to the command of a battalion within his regiment he was commanding the fifth Battalion and was simultaneously a battle sector commander in Feldmarschall-Leutnant Ludwig Goiginger's Pustertal Division at the time of the strategically vital Col di Lana mountain's loss on the 7th of November 1915. He immediately effected a counter attack, expelled the occupying Italian 60th Infantry Regiment and held the peak. The Col di Lana would remain in Austro-Hungarian hands until the following April when a huge mine detonated under the peak caused its loss until the October 1917. Having already been awarded the Knight's Cross of the Order of Leopold with War Decoration and Swords on the 15th of October 1915 he was additionally awarded the Bavarian Military Merit Order 4th Class with Crown and Swords on the 24th of December 1915. By December 1915 he was commanding the 2nd battalion of his regiment which he would with a very short break command for the remainder of the war. As a further honour he was given an accelerated promotion to the rank of Major on the 12th of January 1917 on account of gallant and successful conduct before the enemy and the Bronze Military Merit Medal (Signum Laudis) on the ribbon of the Military Merit Cross. 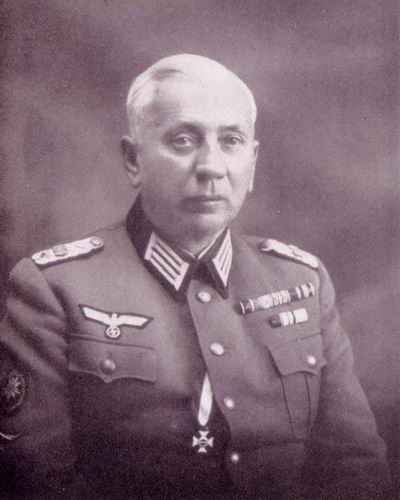 Major Valentini served for a brief period as a sub-sector commander at Cattaro but returned to his battalion command within Landesschützen-Regiment III in August 1917. In December of that year the regiment was in positions in the Monte Meletta sector in the Seven Communities area of the South Tyrol. Under the command of the 9th Mountain Brigade, the regiment was given the task on the 4th of the month to occupy the saddle and the heights north west of Monte Badelechhe (1464 metres) halfway between Primolano and Asiago.

Following the successful execution of the regimental attack at 10:50 hours , Valentini's Second Battalion was holding a line between Monte Tondarecar and Monte Badelechhe about a thousand metres south east of Monte Tondarecar. Although ordered to hold the already taken position and advance no further by the Brigade headquarters, Major Valentini decided that the taking of Monte Miela to his front would be advantageous in securing the ground already occupied and improve the general tactical situation. Disregarding two further orders to remain in position he moved his battalion forward and occupied Monte Miela which he took from the surprised Italian defenders in conjunction with elements of  the tenth Battalion of Infantry Regiment 14*. Following up on this success, again in cooperation with the Infantry Regiment 14 battalion, he then proceeded to assault Monte Meletta (1827 metres), about a kilometre to the west. This assault was successfully executed and by 15:00 hours Monte Meletta was in Austro-Hungarian possession.

For his initiative at Monte Miela and Monte Meletta Major Valentini would be awarded the Military Order of Maria Theresia at the 187th Promotion on the 10th of June 1921. Remaining with his battalion for the remainder of the war he went into Italian captivity following the confused armistice conditions prevailing in early November 1918. Homeless on his release following the creation of the independent state of Czechoslovakia he was successively employed as a worker and employee of various private firms in Austria. On account of his award of the MMThO he was granted the brevet or charakter rank of Oberstleutnant in the German army on the 27th of August 1939, the 25th anniversary of the battle of Tannenberg. In February 1940 he was recalled to service as the commander of a Landesschützenbataillon. Oberstleutnant Konstantin Valentini died on the 15th of June 1951.

* See also the biography of Alois Windisch with maps.