Maximilian Franz Hey was born on the 5th of June 1876 at Troppau (Silesia) and raised at Scheibbs in Lower Austria as the son of a Bauingenieur (civil engineer) and later k.k. Regierungsrat. After passing through the Handelsakademie (business school) at Graz with excellent results he entered military service on the 19th of September 1896 for his one volunteer year as an officer's candidate with infantry regiment number 60.  He passed the  aspirant officers' school course at Miskolc with excellent results and was promoted to corporal officer candidate (EF-Korporal) on the 1st of April 1897. After successfully passing the prescribed examinations for reserve officers he was transferred into the body of the reserve of his unit with the rank of EF-titular Feldwebel on the 30th of September 1897. On the 1st of January 1898 Max Hey was transferred to the reserve of the infantry regiment number 10 with the rank of Kadett-Feldwebel der Reserve.

Max Hey had now fulfilled his military obligation to his country making him free to try his luck wherever he wanted. Well educated, healthy (good swimmer and enthusiastic cyclist) and talented at foreign languages, he signed a contract on the 12th of May 1898 at the "London Office of the Inspectorate General of Chinese Maritime Customs" as a "Fourth Assistant" at the Chinese Customs Service at Shanghai! He left Brindisi on the 29th of May 1898 for Hong Kong and after his arrival at Kowloon on the 23rd of June he took a passage to Shanghai, his new place of working and home. At this time China was controlled by the European powers. With the exception of Austria-Hungary and the United States of America, all major powers owned large areas of land and controlled at the minimum one major business enterprise. As usual the British involvement was the largest and they also ran the Chinese Customs Service, but their employees came from all over the world. Max Hey's colleagues came from Sweden and Italy as well as from America and Denmark and the young man soon integrated into the colorful "European-Community" at Shanghai with travel taking him to Peking and Tientsin. Whenever a ship of the Austro-Hungarian or the German Navy arrived at Shanghai, Max Hey was welcomed as a "tourist-guide" because he was very interested in every aspect of Chinese culture and history and he soon started to learn the Chinese language; For instance on the 18th of December 1911 he successfully passed  the "Class A", the highest class of proficiency in the Chinese language (written and oral) with which one could be certified by the Imperial Chinese Customs Service! 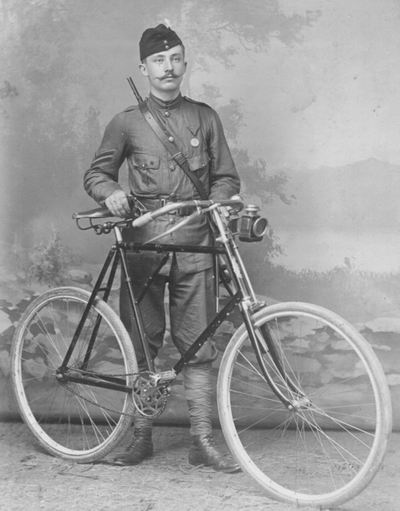 At the end of the 19th century a traditional and nationalistic group, the so-called Boxers, became more and more important in China. They wanted to liberate their fatherland from the European (economical-)occupation. Arthur von Rosthorn the Austro-Hungarian Ambassador in Peking once wrote: "If I were Chinese I would be a Boxer"! As written above the Austro-Hungarian interests in China were not territorial, as compared to the other major powers but without  question China was their most important business partner in the Far East; For instance the Skoda factory delivered (similar as previously with the Kingdom of Hawaii ) cannons for the Imperial Chinese Artillery. When the Boxer War started in 1900 the main part of the Austro-Hungarian community were trapped in the Ambassador District of Peking and the naval relief forces fought together with the German troops. At Shanghai the Europeans built the so-called Shanghai Volunteer Corps (S.V.C.) under British control. Max Hey as an enthusiastic bicyclist, encouraged the formation of a Customs Cyclist Company (C.C.C.) as part of the S.V.C.! This company was wearing British style uniforms made of local khaki fabric and Australian styled hats, the guns and side arms were supplied by the British Army, and the bicycles came from the Customs Service. As there was no equal rank to Kadett-Feldwebel in the British Army Max Hey was first enlisted as a Corporal wearing two chevrons on his upper sleeve, later he was promoted to Sergeant with three chevrons. It was perhaps the only occasion when the Austro-Hungarian Signum-Memoriae-Medal of 1898 was worn on a British uniform!

Very little is known about his battle engagement during the following months. In the British war history, the S.V.C. only occurs in footnotes and the C.C.C. is widely unknown to Boxer Rebellion Historians but it was reported that the C.C.C. existed between May 1900 and March 1901. On the 14th of November 1907 Max Hey received an honorary award of the  Kriegsmedaille 1873 "for his efforts as a platoon commander with the Volunteer Corps" during the Boxer Rebellion. This general medal for war service was awarded to all members of the k.u.k. Armed Forces who took part in this war in 1902. Paula von Rosthorn, the wife of the Austro-Hungarian Ambassador at Peking, also received this medal as an honour (honoris causa) in 1903 as probably the only female in history, but the award to Max Hey in 1907 is a widely unknown and unique detail in the history of this general war medal!

After the Boxer Rebellion Max Hey had a short holiday home in Lower Austria where he married the sweetheart of his youth, Irma Leistner, with whom he had three children, a daughter and two sons who all later lived together in Shanghai. The troubles with the Boxer movement had shocked the Europeans in China causing the houses to be more defensively constructed, the number of  troops and ships were increased and even civilians received para-military training especially in gun handling and shooting. For Max Hey, who held the status of an aspirant officer in the body of the reserve, it was agreed that he could fulfill his prescribed training and examinations together with the Austro-Hungarian Navy unit at Tientsin (Marinedetachement Tientsin). He completed his first training between the 1st to the 28th of July 1902 which lead to his promotion to Leutnant in der Reserve on the 25th of December 1902 with seniority from the 1st January 1903. The second and last training period with the Navy he completed in May 1906. For these unique occasions he designed for himself a type of Austrian uniform! Added to this fantastic privately tailored uniform made of local khaki fabric with Austro-Hungarian rank insignia on the collar was a British made pith helmet and an infantry officers' sabre! After his last period of reserve training he was transferred into non active status with  his regiment on the 26th of June 1906, followed by his transfer to k.k. Landwehr infantry regiment "Leitmeritz" number 9 on the 31st of December of the same year. On the 15th of May 1907 the naval medical officer at Tientsin certified him to be to ill for any further active duty and consequently he was released with the status of Leutnant außer Dienst of the k.k. Landwehr on the 24th of August 1907.

Max Hey's later life in China was fairly routine for himself and his young family. As related above he passed his Class A examination in the Chinese language in 1911 and this certificate was deemed equal to that of a doctor's degree. It is not known if he wanted to renew his contract with the Imperial Chinese Customs Service but in April 1914 the family planned to travel home for a longer holiday to show the children their real homeland. The papers of Thomas Cook & Son Travel Agents detail their homeward journey: they left Shanghai with the "Sakaki Maru" on the 27th of April to Dairen, than to Changchun and from there by "Ordinary Train" to Harbin, from there by "Post Train" via Manchuria to Irkutsk and Moscow where they arrived on the 10th of May. Further by train to Warsaw, Granitza and finally to Vienna where they arrived on the 13th of May 1914. A day later they arrived in St.Pölten where the family of Irma welcomed them and all was well until the horrific murder happened in Sarajevo.

Dr. Max Hey saw it as his duty to immediately volunteer for the armed forces. When the 12th Landsturm-Territorial-Brigade raised the k.k. Landsturm Bataillon number 32 he took over command of the 2nd company of this unit going directly to the Eastern theatre. On the 1st of November 1914 he was promoted to Oberleutnant außer Dienst but before his unit could be informed about this promotion his wife was informed by the authorities that her husband had been killed in action on the 2nd of December 1914! On the 31st of December 1914 she received some handwritten lines from his battalion commander, Major Linde: "Leutnant Max Hey was killed as commander of the 2nd company during the defense of Toronya on the morning of the 2nd of December 1914. He held for 3 days with his company his assigned position on hill 931 until a grenade exploded just above his head which caused his immediate death. His grave is where he died. For his heroic performance a decoration is recommended by the battalion." On the 31st of March 1915 Oberleutnant außer Dienst Dr. Max Hey was honored with the award of the Military Merit Cross 3rd class with war decoration - posthumously!

Later his widow received two letters, which both are interesting from today's point of view, keeping in mind that the British Empire was at this time at war with the Austro-Hungarian Empire! The first, dated Peking on the 17th March 1915, was from the Inspector General of Customs: "Madam, I have received the news of Mr. Hey's death, communicated in your letter of 15th January last, with deep regret, and desire to express to you my sincerest sympathy in your bereavement. Mr. Hey was an employee who had won the respect and confidence of his superiors by excellent work in the several ports at which he has served. I am, Madam, Your obedient Servant...." the second letter, probably more important for the family, dated Shanghai on the 25th March 1915, was from the Commissioner of the Customs House: "Madam, I beg to inform you that in accordance with the Inspector General's instructions the sum of Sh.Tls. 1,673.56, the equivalent of Hk.Tls. 1,502,30 (representing the Retirement Allowance issued in respect of your late husband's third fractional and final septennial period of Service, 23rd June 1912 to 31st August 1914, the date of his resignation on withdrawal for Military Service) has been paid into the Deutsch-Asiatische Bank at Shanghai, and the Bank has been instructed to remit the amount in question to your address. A provisional receipt is enclosed, and I shall be glad to hear from you in due course that this sum has been received. The news of your husband's death has been received with deep regret. I am, Madam, Your obedient Servant...."!