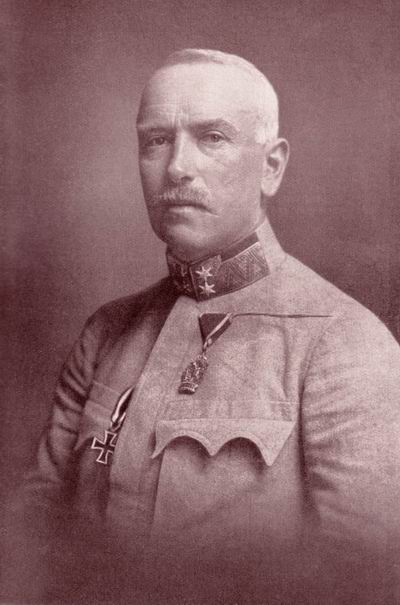 Oswald Eccher ab Echo Edler von Marienberg was born on the 11th of August 1867 at Mezzotedesco (Deutschmetz) in the Soth Tyrol. He entered the Tyrolean Kaiserjäger-Regiment as a One Year Volunteer on the 1st of October 1888 and was subsequently commissioned on the 1st of January 1890 as a Leutnant in der Reserve in Infantry Regiment Number 42. Having elected to make the army his career, von Eccher became a regular officer on the 1st of November 1890 and was assigned to Infantry Regiment Number 97.

In September 1909 he was assigned to General Staff Department of the military port of Cattaro and on the 27th of the following month appointed as the Chief of Staff of the 47th Infantry Division. Promoted to Major on the 1st of May 1910 he received his first independent command on the 1st of May 1913 when he was promoted to Oberstleutnant and given command of Feldjägerbataillon Nr. 10, the so-called Kopaljäger¹. 1910 also saw the award of the Military Merit Cross to Oberstleutnant von Eccher.

On mobilisation in the summer of 1914, Feldjägerbataillon Nr. 10 as part of Generalmajor Ferdinand Kosak's 50th Infantry Brigade, 25th Infantry Division, II Corps of 4th Army deployed to the Galician front. Eccher remained in command of the battalion throughout the early battles on the eastern front including Komarów, Rawa-Ruska, Lemberg, Majdan and the withdrawal to the Dunajec river. Following the winter battles at Limanova-Lapanów and the Nida and fighting at Opatów in May 1915 he was appointed the commanding officer of Infantry Regiment Freiherr von Bolfras² Number 84 on the 11th of June 1915. Having been promoted to Oberst on the 1st of May 1915 he had already earned the Order of the Iron Crown 3rd Class with War Decoration in 1914 for his leadership during the battle of Komarów. realescort.co.nz With Infantry Regiment Nr. 84 being in the same division as his previous command he was already relatively well known to many members of his new command and soon became extremely well respected for his front line style of leadership, often appearing in the forward most positions of his regiment in difficult situations. He commanded the predominantly Lower Austrian regiment in the eastwards pursuit of the Russian forces in the aftermath of the Gorlice-Tarnów offensive and then the regiment was transported by rail to eastern Galicia where it saw action at the river Ikwa. and at Dubno. Remaining in defensive positions until the following summer the regiment suffered extremely heavy casualties during the Russian June offensive. During this period he briefly commanded the 49th Infantry Brigade in June/July 1916. The regiment was further engaged at Brody and Boldurka where it remained over the winter and much of the following year. Oberst Doctor von Eccher was awarded the Military Merit Cross 3rd Class with War Decoration and Swords at a field presentation by 25th Infantry Division Commander Generalmajor Adolf von Boog on the 22nd of October 1916. On the 1st of October 1917, Oberst von Eccher handed over command of the regiment to his successor Oberstleutnant Alois Czulik von Thurya and proceeded to the southwestern front to take up a staff appointment.

Following a short attachment to the headquarters of the 2nd Isonzo Army, Doctor von Eccher was appointed as the commander of the 1st Kaiserjäger-Brigade³ on the 11th of October 1917 which he commanded until the end of the war. Initially commanding the brigade in the Seven Communities sector his brigade was moved to the Pasubio sector on the 14th of March where it was placed under command of the Kaiserjäger-Division (8th Infantry Division). Following the collapse of the Monarchy he was appointed as the military commander of the Tyrol and was promoted to the brevet rank (Titel) of Generalmajor on the 16th of October 1920. He retired the following March and died on the 11th of December 1935 in Innsbruck. 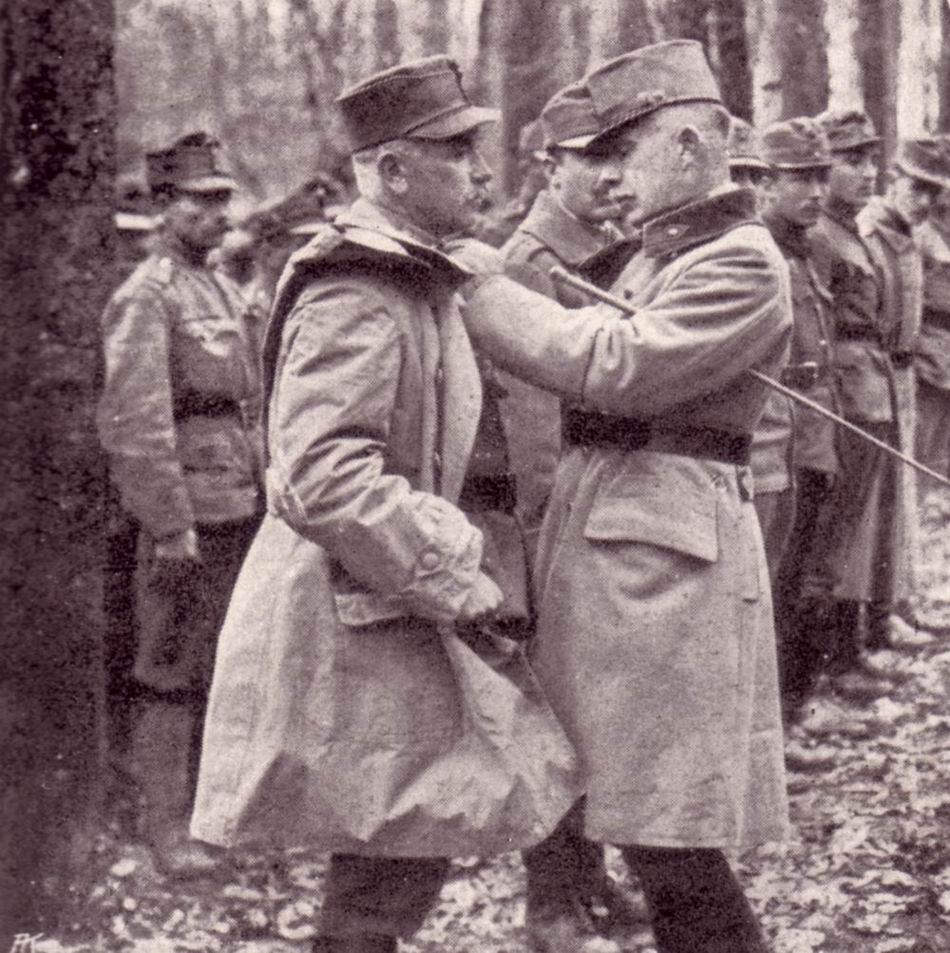 ¹. Named after Oberst Karl Freiherr von Kopal. Kopal was awarded the MMThO posthumously after dying of wounds on the 17th of June 1848 sustained in the battle of Monte Berico on the 10th of June 1848. By Imperial Order of the 23rd of February 1913, Feldjägerbataillon Nr. 10 was henceforward named Kopal for "all time."

³.  Formed at the end of February 1915 as Group Tolmein and renamed as the 58th Gebirgs-Brigade on the 25th of May 1915. Since 11th August 1915 controlled Kaiserjäger Regiment 1 & 2 and renamed as the 1. Kaiserjäger-Brigade on the 16th of January 1917. Doctor von Eccher replaced MMThO winner Oberst Otto Ritter Ellison von Nidlef as Brigade Commander.